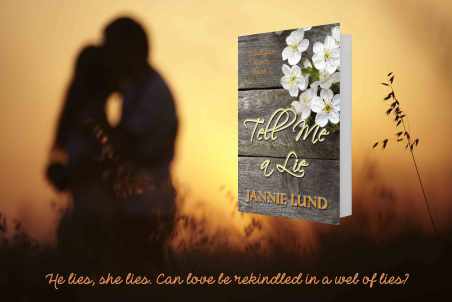 The first book is my new Madigan River series is out today.

TELL ME A LIE is the story of Skye and Cameron. They used to share everything, including big dreams of making it in the music world. Then Cameron left to make those dreams come true alone. Now, years later, Cameron is back in town for his father’s funeral, and to the world it looks as if he’s living the dream as a country music star while Skye abandoned her dream of becoming a  songwriter. But looks can be deceiving and people can lie. And when they lie, can love prosper?

Pick up your copy of TELL ME A LIE and find out.

Welcome to Maeville, North Carolina—home of the Madigan brothers. Disillusioned Cameron, steady-as-a-rock Hunter, adventurous Reid, and Julian with demons clawing at him from the inside. And the women who love them.

Now he’s back in town for his father’s funeral, even considering staying. Only problem is that he’s let people think he’s got a successful music career. Admitting the truth isn’t very appealing. Sometimes, though, a man’s got no say on whether he goes or stays.

Skye Jones watched Cameron hightail it out of town, off chasing the dreams they used to share. Now she watches him return, not much more than a shadow of the man he used to be. What’s worse, he thinks nobody can see it. Skye knows all about readjusting dreams, once dreaming of the moon, but now more than content just to watch it shine brightly on the sky at night.

Cameron and Skye thought their shared history was a closed chapter. Now, being back in the same town again, the embers smolder. But can they rekindle the fire when their lies to the world keep getting in the way?