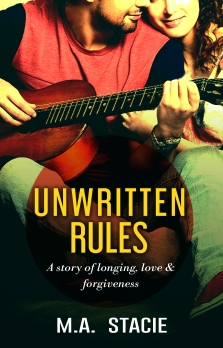 Fun and feisty Elle is an independent woman with a successful business, ready for her new start in the big city. The bustling streets of New York are not quite what she expected, yet finds the freedom exhilarating. One interaction at the mailboxes with her shy, handsome neighbor is all it takes to turn the strong-willed woman into a bumbling mess.

Jonah Quinn is withdrawn for good reason; he harbors a dark secret. He lives his life in the shadows, playing his music in late night bars and hiding himself from everyone. Except Elle’s cat. His tattoos bear if pain, while music is his outlet.

His silence keeps his shame at bay.

Can one night of passion between the two of them lead to more than casual glances exchanged at the mailboxes? Will Elle be strong enough to help Jonah with his personal demons. And will Jonah break his silence regarding the past which haunts him?

The rules for this relationship are unwritten.

A future needs to be forged. 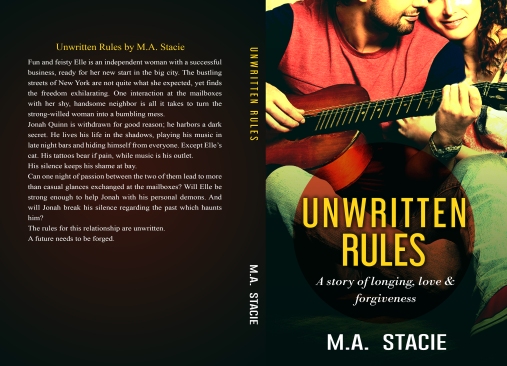 Look for re-release in the first week of April. You can expect to acquire this fantastic book at a new, lower price. 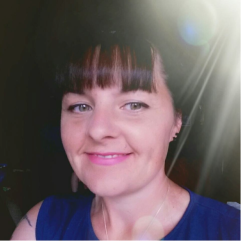 M.A. Stacie is never without a book or her eReader. A voracious reader, with a love of sexy, yet angst ridden novels, she loves getting lost in new worlds. Her need to write did not grip her until after her second son was born, when her previous rambles became fully fledged stories.

She describes herself as one huge contradiction, and though not the most conventional of hobbies, she counts getting new tattoos as one of hers. Along with running, knitting, and listening to loud music. However, she is yet to work out how to do them all at the same time.

M.A. Stacie lives in the UK with her husband and three sons.

Romance author with a tendency to take on too many projects. Creativity junkie.
View all posts by jannielund →
This entry was posted in Uncategorized and tagged Cover Reveal, M.A. Stacie. Bookmark the permalink.